From Minecraft Wiki
Jump to: navigation, search
The contents of this page are not supported by Mojang Studios or the Minecraft Wiki.
Articles about mods are currently being transferred to the FTB Wiki.
This page is for general information about mods only, not descriptions of specific mods.
Visit the FTB wiki for up-to-date, detailed modding information. 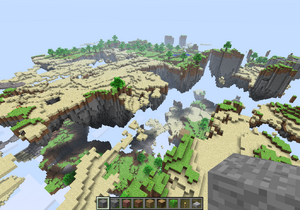 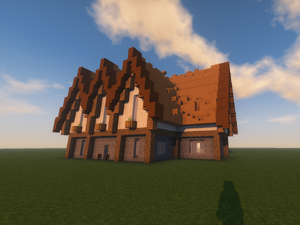 Most mods add content to the game to alter gameplay, change the creative feel, or give the player more options in how they interact with the Minecraft world. Most people who create mods for Minecraft: Java Edition (known as modders) either use Fabric or Minecraft Forge alongside the Mod Coder Pack to do so. Some mods may be bigger expansions, while others add more settings and options to optimize speed, graphics, or gameplay of the game. Server mods or plugins mainly give server admins more options and ease of use, and most mods for single-player have a server version that allows or optimizes the mod in multiplayer.

An official way of creating mods called Add-ons is available for Bedrock Edition.

Because the Minecraft server software ignores custom content from the client side, most of the client mods which add new content to the game do not work in multiplayer unless a modification has also been installed on the server. Some authors of client mods have made server versions of their mods available, and others have not. A few of the Loader/API type client mods (e.g. ModLoader and AudioMod) and many of the functional client mods (e.g. OptiFine or TooManyItems) have effect in multiplayer straight away, without any modification on server side.

Mod packs are collections of mods that have been put together and configured so that they all work together. Mod packs are often centered around a general theme like tech, quests, or magic. Mod packs often have either custom launchers or installers that make installing and running the mod pack easy. Some of the more popular mod packs are Feed The Beast, Tekkit, and Hexxit. There are of course also smaller mod packs, such as e.g. Crafting Dead and Foolcraft, most of which using the special Minecraft Technic Launcher from Technic Pack. Most mod packs can be found on custom launchers, which make it easy to install and launch various mod packs. The most popular of these are Technic, ATlauncher, and the new Twitch Desktop App. In addition to making it easy to install mod pack clients, certain launchers can also download server mod packs.

The crash report text includes of of these lines near the bottom:

A few websites have been established to host minecraft mods. The most popular of which is CurseForge. CurseForge is the site hosted by Curse LLC, which also owns all of Gamepedia (including Minecraft Wiki (this place.)). Gamepedia has recently been sold by Twitch to Fandom (Wikia), but the account link remains. FTB uses CurseForge.

Installing any mod comes with a risk: you are running someone else's software without necessarily knowing what it does. Using a well-moderated site and checking the source code may help to a degree, but you are still trusting someone else other than Mojang. This Wiki makes no guarantee on mods and is not responsible for any consequences of doing so.