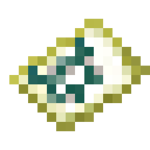 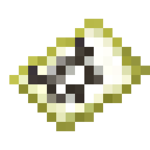 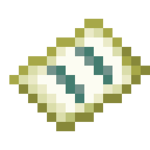 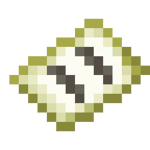 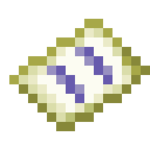 This article is about the map used to find rare structures. For the craftable map, see Map. For others, see Map (disambiguation).

An explorer map is a special map used to aid in finding rare generated structures, including woodland mansions, monuments, and buried treasure.

There are three types of explorer maps: woodland, ocean, and buried treasure. The maps differ from a normal map, in that it shows the area's land-water outline, as well as an orange striated (striped) texture for areas below sea level, and the blank map texture for land above sea level. The maps show a section of land that contains a woodland mansion, monument or buried treasure respectively. This may not be the nearest such structure to the player. The structures are displayed as a small icon. If the player icon is smaller than it would be on a normal map, that means the player is a great distance away. When the player is less than 1027 blocks away from the map border, the icon returns to the proper size. When the player reaches the map's area of land (512*512), the map fills in like a normal map.

The basic functions of a buried treasure explorer map are similar to that of the other two. However, instead of showing the structure icon on the map, it shows a red X instead. The buried treasure structure is located on the same X and Z coordinates as the middle of the X (the player marker may need to be aligned with the bottom of the middle 2 by 2 pixel square of the X). To locate the chest spot, hold the treasure map with both hands, not in the offhand slot.

The parts of the world that have already been explored and mapped are copied, and newly explored areas appear on both instances. In Creative mode, cloned explorer maps can be obtained by pick blocking on the explorer map displayed on item frames (the map needs to be out of the player's inventory when using pick block, or else that map moves into the active hotbar slot).

Explorer maps use the item id of regular maps, filled_map in Java Edition and map in Bedrock Edition.

An explorer map differs from a map in that its display tag is set, which includes a Mapcolor and a LocName; also its Decorations list includes an entry for its target monument, mansion or buried treasure. Its map item entry is identical to that of a normal map, except that by the time the player sees it, its colors byte array is pre-filled with explorer maps' characteristic land-water boundary lines and water shading.

It should be noted that this additional data is stored in the Cartographer's NBT data and in the inventory item's NBT data, and not in the map file (e.g. map_0.dat). If the player were to use the /give command to give themselves a map with the same map ID as an existing explorer map, it would still have the Ocean Monument/Woodland Mansion icon on the map, but it would simply be named "Map" instead of, for example, "Ocean Explorer Map".

{IN|bedrock}}, the item Data value distinguishes explorer maps from one another and from used plain and locator maps:

Issues relating to "Explorer Map" are maintained on the bug tracker. Report issues there.