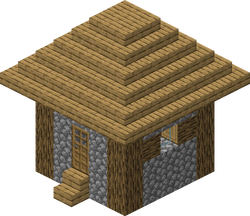 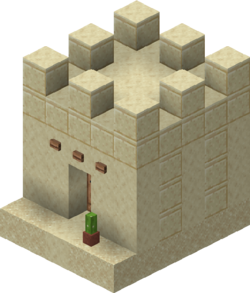 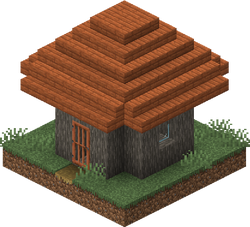 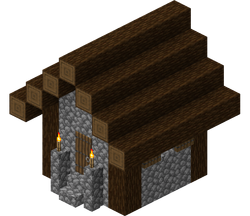 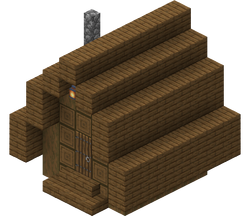 Villages are groups or complexes of buildings inhabited by villagers, cats, iron golems and occasionally, zombie villagers, wandering traders and trader llamas or wandering llamas that generate naturally in the Overworld. 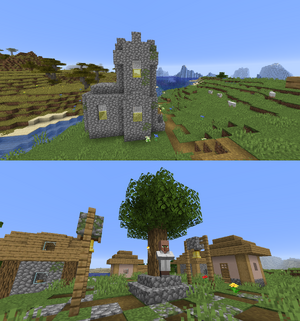 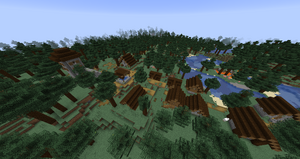 A taiga village showing distinguishing design features, such as roofs made of spruce logs.

Villages generate naturally in plains, savanna, taiga, snowy tundra, and desert biomes. In Bedrock Edition, they also generate in snowy taiga, sunflower plains, taiga hills, and snowy taiga hills biomes. The type of the village, and therefore the style of all structures within it, is determined by the biome at the village center or meeting point. If the meeting point does not generate in one of the above biomes, the village defaults to plains style.

Some villages generate as abandoned; see § Abandoned villages below.

A player who kills an illager captain receives the Bad Omen effect for 100 minutes. Like other status effects, Bad Omen can also be cleared by dying or drinking milk. Entering a village boundary while the effect is active triggers a raid, in which groups of illagers spawn and attack the village.

Zombie sieges‌[Java Edition only] are in-game events where many zombies spawn in a village, regardless of how well lit or walled off a village is. They have a 10% chance of occurring at midnight every night or during thunderstorms when a village has at least 20 valid beds. 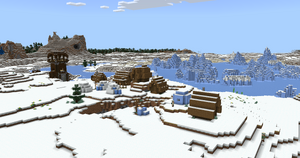 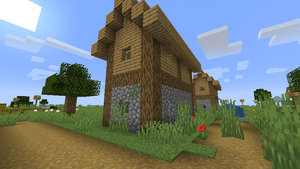 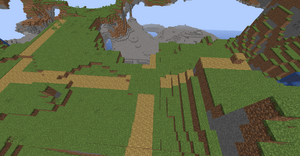 Trees, lamp posts, and other decorative structures can generate in the middle of paths as obstructions.[1]

A village has a chance of generating as an abandoned village (formerly zombie village). This chance is 2% in Java Edition, and appears to be 25%-30% in Bedrock Edition.[2]

A village always consists of at least one acceptable bed and one villager. Rarely, a village structure can generate without beds, thus not qualifying as a village. Upon creation, a village center is defined as a bed claimed by the first villager (a village leader), or the gathering site block (a bell), and the village's size is the greater of 32 blocks or the distance to the furthest bed from the center. Any villager, village golem, siege-spawned zombie, or raid-spawned Illagers can pathfind back into the village if they find themselves farther than that many blocks from the center.

For the mechanic for individual villagers, see Gossiping.

In Bedrock Edition, the following can alter a player's popularity:[3]

If a player has −15 popularity or less, any naturally spawned iron golems for that village become hostile toward that player until the player's popularity increases by trading with the villagers.

Golems constructed by the player, however, are always passive toward the player. 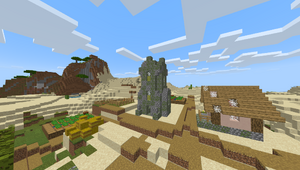