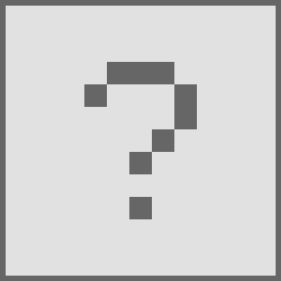 Hiya. I'm Rogers. Java Rogers. I'm a fan both of coding languages and of the English language :)

The "Back in my day" section[edit]

My pap and I used to have to swim out into the lake, bucket in hand, and wrangle squids to get milk. We would pull wool off sheep with our bare hands, and there was none of this "stackable food" you young'uns are so used to. If we wanted a lot of food with us, we'd bring two stacks of mushrooms—a stack of brown, a stack of red—and a bowl, and we'd prepare the food while we was out!

I remember watching the entire How to Survive & Thrive tutorial by paulsoaresjr as each episode came out. I found his first episode, "How to survive your first night", featured on Minecraft.net.

One of my most memorable worlds had the seed "glacier" (or "Glacier"?), in Beta 1.7. You spawned a short walk from a neat little valley with a bluff inside, and at the edge of the bluff was a giant suspended boulder where I built my base. (Think Ministry of Truth in Vivec City.) I really got into mods after I started that world, and that was back when mods directly modified the game code; you would delete META-INF and overwrite the lettered classes in your minecraft.jar, and you'd have to find most mods on the Minecraft Forum. Anyway, I'd turned that bluff into a fortress, defended with TF2 sentries. (I don't remember if they were equipped with flamethrowers or not...) A glitch eventually took out a chunk of the bluff down through to the void, so I just built bridges across the gap and pressed on. Eventually an update totally screwed with the world's biomes and world generation, and ocelots started getting into the woodworks. I didn't abandon it until the save files actually corrupted and I couldn't recover them.

What I work on here[edit]

I haven't been active lately. A little while back, I was focusing on bringing some better documentation & instructions to in-game commands. When I search online for details, I get our Official Minecraft Wiki, some forum posts here and there, one site called digminecraft.com, and not a whole lot else in the way of documentation. There are Stack Exchange questions AND answers that cite our wiki here! People use this to learn about the game, and I feel like by analysing game commands and expanding these pages, I'm making an actual difference to the whole Minecraft community, and I love that <3