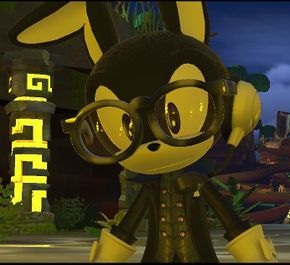 Hi! I'm BDJP007301. Some of you may know me as Dlawso the Rabbit on the Mojira bug tracker, formerly helping out the moderators by finding a lot of dupes / invalid tickets. I'm also known as TheNintenGuru in Minecraft.

I decided to come up with TheMeaningOfBlah after a friend told me that blah meant Thank You in a different language. I'm not sure what language it is, though. As for my other names, TheTMOBGaming2 came to be as a combination of the capitals of my Minecraft name. BDJP007301 came to be as Blah was already taken. Sonic came to be as my favorite video game character / franchise is Sonic The Hedgehog. As of February 25th, 2017, my Minecraft username is now officially TheNintenGuru.

In Minecraft, I tend to join multiplayer servers, play some singleplayer survival, build redstone circuits, or just check out the lastest developmental versions. As for YouTube, you'll just have to wait and see.

On the Minecraft Wiki[edit]

On here, I usually tend to updating the fixed bugs lists on most pages, hence as to why I have a Mojira profile. I also try my best to remove vandalism, unnecessary information / videos, and bug-related trivia.

Minecraft games that I have[edit]

My sandbox
My signature