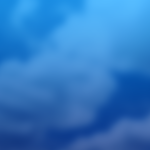 ArtParukov2002 (also known as Artyom115) is a user of the English Minecraft Wiki, an active user and administrator of the Russian Minecraft Wiki.

If you have a question to the user, you can ask it on his talk page or via email.

The user signed up on Russian Minecraft Wiki on 2 January 2014. He was making infrequent edits to some pages until late 2016 when he became an active user of the Russian section, sometimes going on breaks. On 14 March 2018 the user received an “autopatrol” flag on Russian Wiki. On 31 December 2018, he was appointed as an administrator of the Russian language section, and therefore as a director of the English language section.

Usually, the user creates and edits articles about vanilla Minecraft, loads images and sprites, and makes small changes to templates and modules.