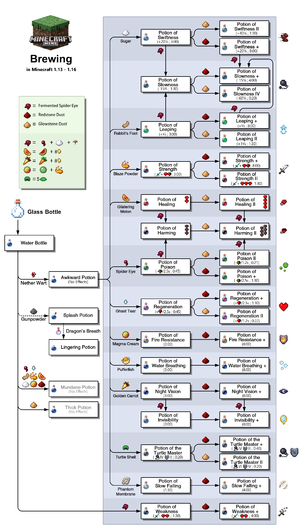 Corrupting an extended or enhanced potion usually results in a corrupted potion with the same modifier applied, if it is supported by the corrupted effect. Of the four corrupted potions, Harming is the only one which cannot be extended, and also the only one which can be enhanced. In the Bedrock Edition, the corruption of Healing II and Poison II potions results in a Potion of Harming (I).