Steve has dark brown hair, dark skin, nose and mouth, and blue-purplish eyes, with a light blue shirt (draping on the left-hand side), a pair of blue jeans, gray shoes, and 4px arms.

Alex has long bright orange hair hanging to the left side, pale fair skin, and dark green eyes, with a light-green shirt (draping on both sides, and a dark green belt wrapped around it), a pair of brown pants, grayish boots, pinkish lips, and 3px arms. 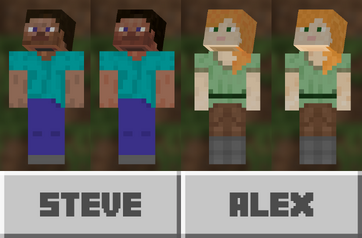 ), the player is starving and precedes to lose health. On Hard difficulty, starvation kills the player. On Normal difficulty, it brings health down to 1 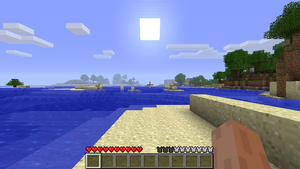 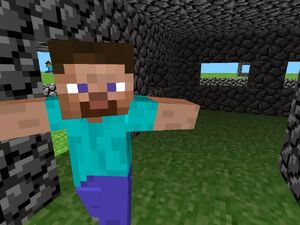