somebody tell Mojang on the next update that bones should be used like stick as to make a pickax with a bone handle. pretty much just to have the ability to be used as sticks are used.

It is proven that if you put a bone item in the head armor slot it renders in front of the face rather than above the head like other items. 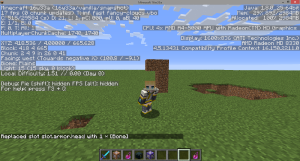