Due to the extreme number of crafting calls on this page, there are issues processing edits, specifically adding the gray banner for the white patterns. I propose to split the patterns into subpages, loaded using {{loadPage}}, similarly to what was done on Crafting –KnightMiner t/c 19:19, 20 March 2015 (UTC)

Maybe a single page will work, though I am concerned with how long it takes to load, the average page on Crafting takes about five seconds for me, while the banner subpage on the russian wiki takes twenty. It may be relevant to note that the crafting subpage "decoration blocks" sometimes times out when I load it, causing me to want to avoid that route. –KnightMiner t/c 19:46, 20 March 2015 (UTC)

That is a lot faster, it should work. It would even make sense to fully merge the gradients into backgrounds, removing the second title.
We still do have one issue, the shapeless recipes are loaded using {{crafting usage}}, which does not load from subpages. The best solution I can think of right now would be manually adding the recipes on the relevant articles, since the dye pages are already set to ignore those recipes. –KnightMiner t/c 20:11, 20 March 2015 (UTC)

I think that for these situations, we should implement some sort of “groups” with a set lead article and set sub-pages with recipes. The lead article will be in the categories. When we import an article that leads the group, the system looks up recipes in each page in the group, and returns the whole thing back. — NickTheRed37 t/c (f.k.a. Naista2002) 20:24, 20 March 2015 (UTC)

Looking over the code, that would be easy enough to implement, or the recipe categories can simply be added to the subpage, as it seems {{crafting usage}} simply checks the category, and {{crafting}} suppresses the category on subpages. –KnightMiner t/c 20:32, 20 March 2015 (UTC)

The poor performance is due to the amount of images. Using load page will make this page faster to save, but make the recipes many times slower to view, as you can see with our crafting page. –Majr ᐸ Talk
Contribs 23:26, 20 March 2015 (UTC)

Banner images in the crafting descriptions[edit]

Do we really need the additional "preview" of the banner image at the end anymore? They seem somewhat redundant now that we have the banner inventory icons, and removing them would help reduce images on this page until we have a better solution. –KnightMiner t/c 03:20, 24 May 2015 (UTC)

Probably not. I’m a little concerned by the sheer number of grid images used, but it looks like they use less bandwidth overall than the preview images. Might not hurt to make sure they’re as compressed as possible anyway. — Orthotopetalk 05:58, 24 May 2015 (UTC)

In-game name of the Mojang logo charge says “Thing” (with Thing supposedly being a meaning of Mojang’s name). Yes the name misses the word “Charge” itself, and should be “Thing Charge”; report it to developers. I think replacing it with “Mojang Charge” is misleading, so I propose to change it back to “Thing” (and add explanation for it). — Agent NickTheRed37 (talk) 17:19, 26 February 2016 (UTC)

Well as for me, it was a busy Friday ... But yeah, I support using the in-game name, and adding an explanation. Glancing through page history, seems it was never really in there 'correctly'. – Sealbudsman talk/contr 16:51, 27 February 2016 (UTC)

Hi, I read "A banner can be given a custom name which remains as the banner is placed and retrieved. The player can use an anvil to rename..." (emphasis mine) and using the Windows 10 edition was unable to verify this naming behavior. Additionally, the article does not say how a banner can be "retrieved". Right click left click do nothing special. 3ICE (talk) 14:11, 30 May 2018 (UTC)

Followup request: Mention the possible interactions between maps and banners. (How banners can mark a spot on the map, including their name/label, and if anything special happens when right clicking one on the other, etc.) I do not yet know enough about either to safely do this myself. 3ICE (talk) 14:14, 30 May 2018 (UTC)

Proposal: Remove the section from the article, and optionally refactor it into a tutorial. --AttemptToCallNil (report bug, view backtrace) 18:54, 28 June 2018 (UTC)

Could we please add more info on banners appearing on maps? the only mention of this is in the change log section. –Preceding unsigned comment was added by Aaronstar McClure (talk • contribs) at 14:41, 13 October 2018 (UTC). Please sign your posts with ~~~~

I have created an animated banner (the slate gently swings in the wind) in Blender:

If you think this is good, I will give out the Blender project so you can render it in different colors. 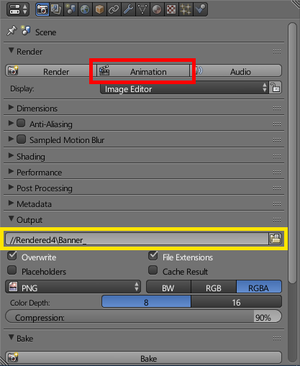 I'm too lazy to render every type of banner, so I guess I will leave it for you.

Done. Upload and use it.

I used this to make

my Ominous Banner.gif file. Currently, the side is white instead of black. Apart from that, how did I do?--AwesomeNinja886 (talk)

Animated banner image has been added please remove the notice.[edit]

Only ONE animated banner image has been added. What the person who put that is looking for is a render for ALL 16 (17‌[Bedrock Edition only]) banners. Make sense? I actually made an Ominous/Illager Banner render (from JE 1.14/BE 1.11) --AwesomeNinja886 (talk)

I can't find a source for it either. I personally think it might be referring to the dropped item being picked up by pillagers to be a leader. Griseouslight (talk) 00:06, 20 June 2019 (UTC)

The loom section has an unnecessary scroll bar. I'm not sure how to get rid of it but it is slightly annoying. Anyone know how to fix it? -PancakeIdentity (talk) 16:28, 21 June 2019 (UTC)

As seen here for example:

If you look down at the Trivia section, you will see the last point that says there is a hidden pattern. Should I add that to the pattern ID list?--ManosSef (talk) 08:33, 11 May 2020 (UTC)