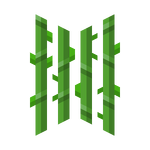 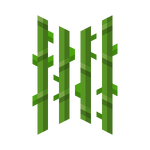 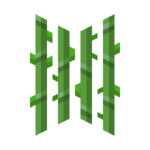 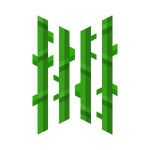 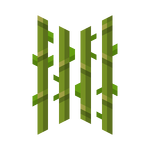 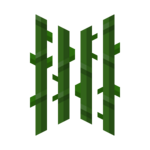 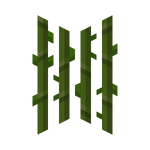 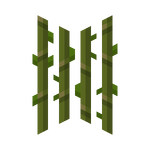 Naturally-occurring sugar cane near a river.

Sugar cane can generate naturally near water, as two (11⁄18 chance), three (5⁄18 chance), or four (2⁄18 chance) blocks tall. Rare taller sugar canes can be found if the world generator places two smaller canes on top of each other. It generates in approximately 0.8 sugar cane per chunk seeing as how they only generate near bodys of water.

Sugar cane can generate naturally up to four blocks tall, but short plants grow only to a height of three blocks, adding a block of height when the top sugar cane block has received 16 random block ticks (i.e. on average every 18 minutes on Java Edition or 54 minutes on Bedrock Edition, but the actual rate can vary widely). Sugar cane must be planted on a grass block, dirt, coarse dirt, podzol, sand, or red sand that is directly adjacent to water, waterlogged block, or frosted ice (not merely above or diagonal to water), or on top of another sugar cane block. The adjacent water block can be covered with another block, whether opaque or transparent, and sugar cane can still be placed and grow next to it. Sugar cane grows regardless of light level, even in complete darkness.

This article is missing information about Bedrock Edition colors (see Water#Color).
Please expand the article to include this information. Further details may exist on the talk page.