This page describes content that may be included in a future update for Java Edition.
This content has appeared in 1.17 development versions, but the full update containing it has not been released yet.
Spyglass

The Spyglass is an item that can be used for zooming in on specific locations. 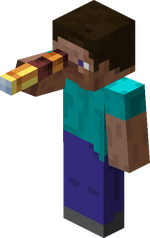 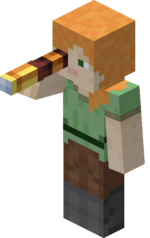 A spyglass being used to zoom in on a block of gold starting from normal FOV (70).

The player is slowed down while watching through the spyglass. When the player uses spyglass continuously for 1 minute (1200 game ticks), the interface will be closed automatically.

Issues relating to "Spyglass" are maintained on the bug tracker. Report issues there.