Splitscreen is a console-exclusive feature that allows up to four players to play on one screen at the same time. It is supported on the Legacy Console Edition (excluding PS Vita) and console versions of Bedrock Edition. Mini Games, Realms, and peer-to-peer online multiplayer have support for splitscreen. External servers, including the featured servers, do not.

Using Splitscreen requires a screen with an output of at least 720p or higher. On television screens, this can be achieved using either an HDMI or RGB component cable. The render distance is decreased with every additional player, at least on Console Edition.

The PlayStation Vita Edition is the only Console Edition that does not support splitscreen. This is because the Vita's native resolution is too low.

Because Split screen requires a screen with an output of 720p or higher, the console's video output needs to be configured accordingly. The video mode can be checked by going to Settings > System > Console Settings > Display - Make sure this is set to 720p or higher. If it is not, the split screen option does not work.

The following guide shows step by step how to set up and play a Local Splitscreen game.

Note: Images are from Xbox 360 Edition.

Step 1. The player selects "Play Game", chooses to either Create a New world or Load a previous world and makes sure they are using 720p video, using a Component or HDMI cable.

Step 2. Make sure to uncheck the Online Game box. 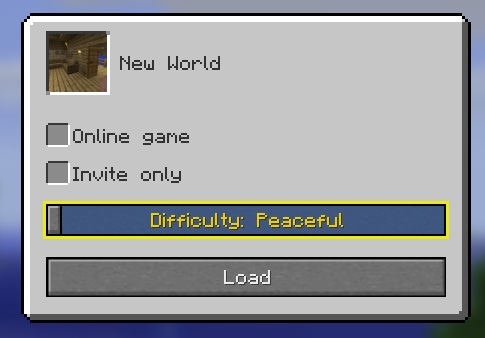 Step 3. After entering the world, the player must press start on the controller they wish to bring into the game. 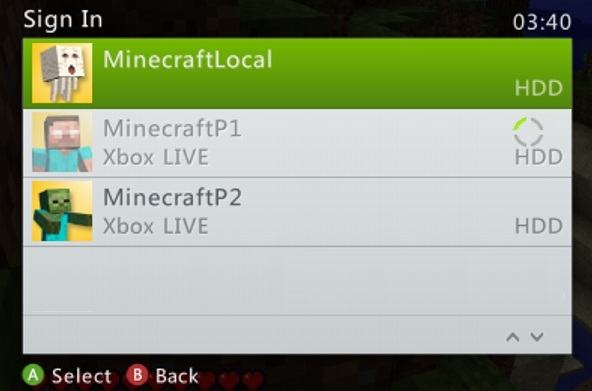 Local splitscreen can be played with up to 4 players.

The following guide shows step by step how to set up and play an Online Splitscreen game.

Note: Images are from Xbox 360 Edition.

Step 1. Select Playgame and choose to either Create a New world or Load a previous world.

Step 2. Make sure to Check the Online Game box 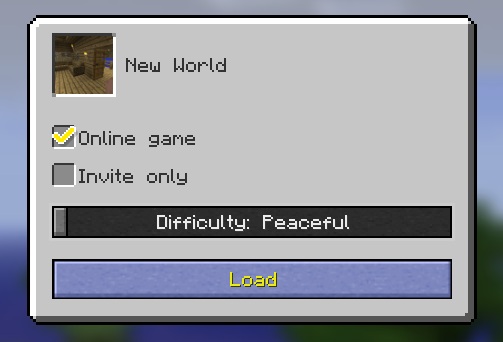 Step 3. The player must sign in the players they wish to join the game, Gold players can sign in and join at any time during the session, Guest players are required to sign in at the start.

Note: Further guests can now be added by signing in as a guest through the Xbox guide button prior to pressing start to join. 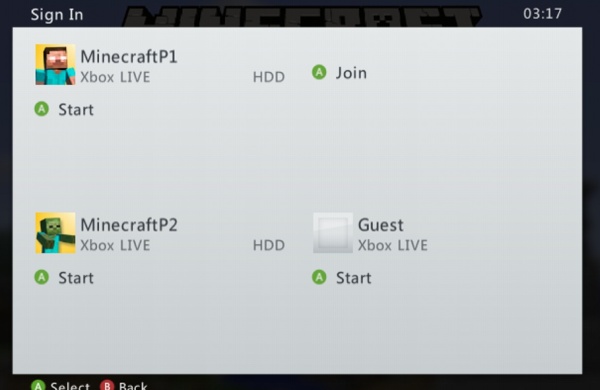 Step 4. If the player wishes to add further Gold account players into the game press Start on the required controller and sign in the user. 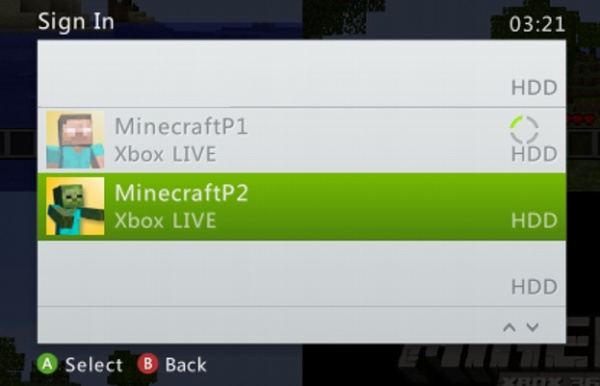 Online Splitscreen can be played with up to 4 players per console and a total of 8 players per world.