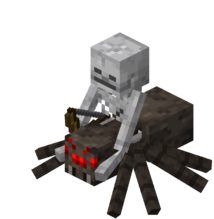 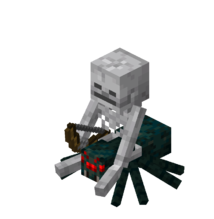 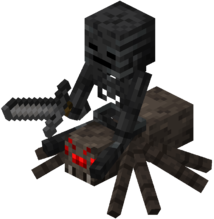 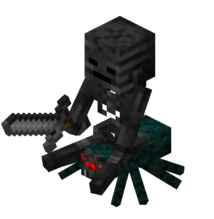 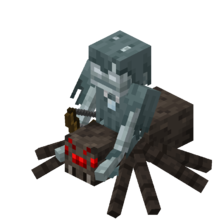 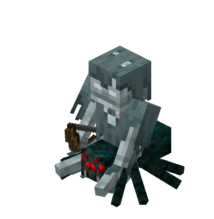 Spider jockeys[1] are the rare appearance of a spider or cave spider‌[BE only] being ridden by a skeleton, stray,‌[BE only] or wither skeleton.‌[BE only] 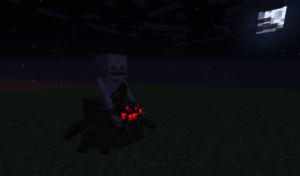 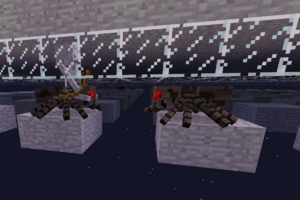 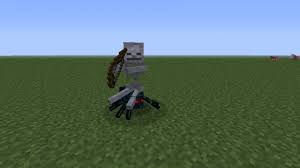 The spider and skeleton's IDs nor the entity data are any different than if the skeleton or spider were standing alone.