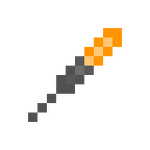 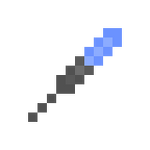 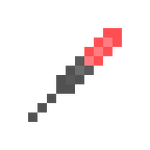 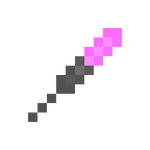 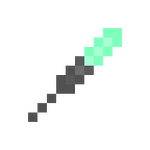 A sparkler is a chemistry-related item that emits particles when lit. Sparklers are available in orange, blue, red, purple, and green colors.

Using a sparkler ignites it, causing its texture to change. When lit, the sparkler emits colored particles; the durability meter depletes while the sparkler is burning. Sparklers are one of the few items that can be held in the off-hand in Bedrock Edition. Unlit sparklers have normal lighting like a torch, while lit sparklers appear to glow when held in the player's hand, similarly to glow sticks.

When the player uses another item while a sparkler is lit, or holds the sparkler in the off-hand, the sparkler's durability stops depleting.

If the player has a lit sparkler in their inventory and goes into the water, the sparkler is destroyed immediately. It, however, doesn't get destroyed if dropped in water. It also cannot float.

Despite having durability, sparklers cannot be enchanted with Unbreaking or Mending.

Issues relating to "Sparkler" are maintained on the bug tracker. Report issues there.