From Minecraft Wiki
Jump to: navigation, search
Not to be confused with Waterlogging.
This article's name is unofficial.
An official name is yet to be given to the subject matter and may change at any time. 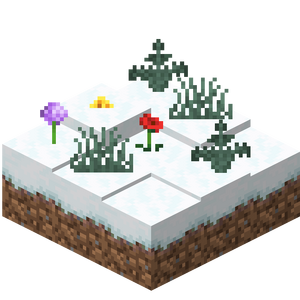 "Snowlogging" is a mechanic in Bedrock Edition that allows layers of snow to occupy the same block space as certain types of vegetation.

The following methods can bury plants under snow: