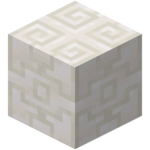 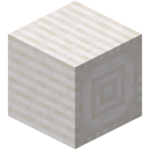 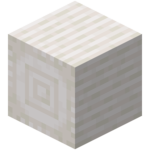 A block of quartz is a mineral block used only for decoration. It can be turned into a chiseled quartz block, quartz pillar,[a] or smooth quartz.[b]

Blocks of quartz can be mined using any pickaxe. If mined without a pickaxe, it will drop nothing.

Master-level stone mason villagers have a 50% chance to either sell a block of quartz or a quartz pillar for one emerald as their trade.‌[Bedrock Edition only]

Quartz blocks cannot be used to store nether quartz, due to the fact that they cannot be crafted back into it unlike other ore blocks.