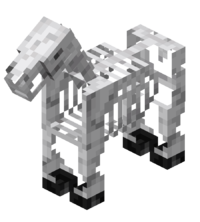 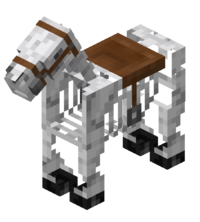 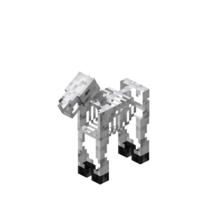 This article is about skeleton horses. For others, see Horse (disambiguation). 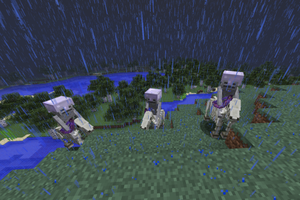 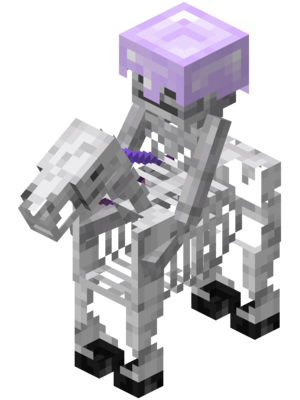 A "skeleton trap" horse is a skeleton horse spawned from a fraction of lightning strikes during a thunderstorm (0.75–1.5% chance on Easy, 1.5–4% on Normal, and 2.25–6.75% on Hard, depending on regional difficulty). It despawns after 15 minutes if not triggered.

Skeleton horses can be pulled using a lead.

Unlike normal horses, a skeleton horse does not dismount the player when it enters water deeper than two blocks; rather, it can be ridden underwater without the skeleton horse drowning. When underwater, its running speed and jump remain the same although it has a slower rate of descent.

All horses have three "equine stats" that vary from horse to horse: health, (maximum) movement speed, and jump strength. These stats are created once the horse is born or spawned, and are not affected by food.

Skeleton horses have entity data associated with them that contain various properties of the mob.