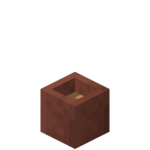 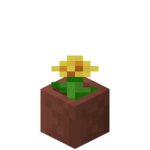 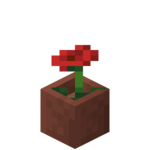 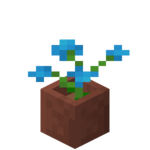 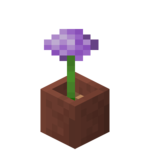 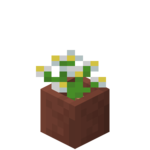 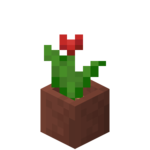 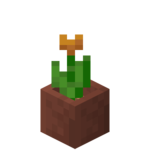 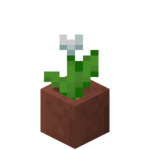 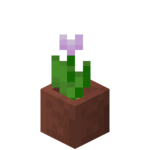 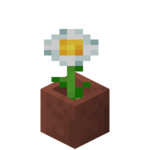 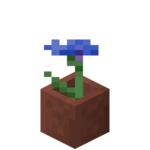 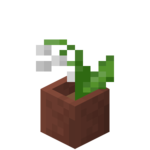 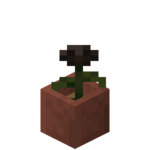 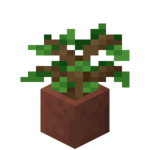 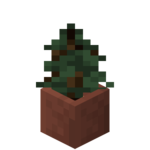 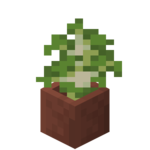 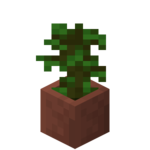 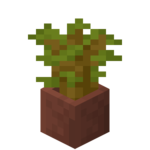 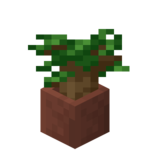 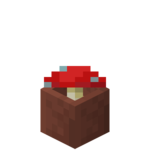 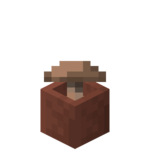 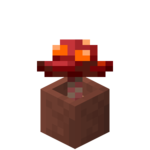 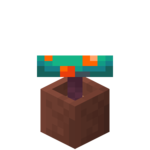 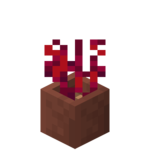 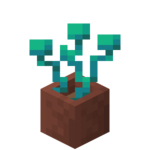 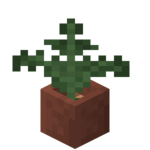 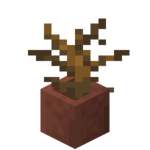 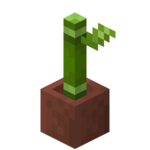 A flower pot is a decorative block that can contain flowers, bamboo, saplings, cactus, mushrooms, fungi‌[upcoming: JE 1.16 & BE 1.16.0] and other reasonably sized plants.

Flower pots can be mined using any tool or without a tool.

A flower pot drops itself as an item (any plant or mushroom in it separately) when pushed by a piston or washed away with water.

Flower pots can be placed against any surface in Java Edition.

In Bedrock Edition, they must be placed on top of a full-block top surface, or the top of a fence, stone wall or hopper. They cannot be placed on slabs and stairs unless those blocks are upside-down.

The plant or mushroom can be removed from the flower pot by pressing the use control.‌[upcoming: BE 1.16.0] This places the item directly back into the player's inventory. While this behavior is inconsistent with other blocks such as sweet berry bush, it is in fact completely intended.[1]

They can be used to display cacti and wither roses without inheriting their damaging properties.[2][3]

Flower Pot drops itself when broken with the correct tool if any is assigned. Refer to the Obtaining section for more info.

Issues relating to "Flower Pot" are maintained on the bug tracker. Report issues there.