This page describes content that exists only in outdated versions of Minecraft.
This feature used to be in the game but has since been removed.
Potion 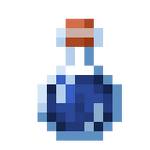 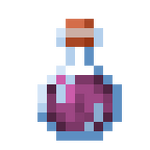 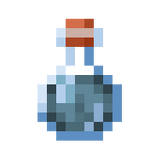 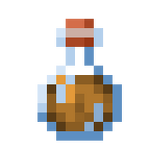 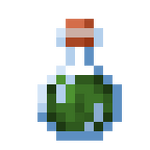 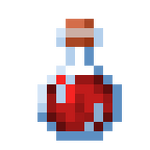 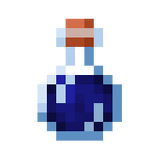 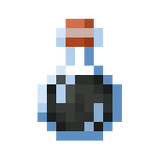 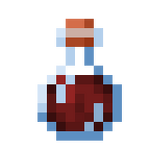 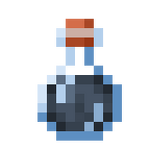 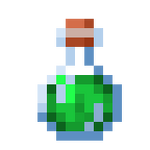 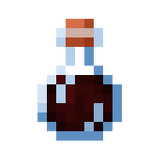 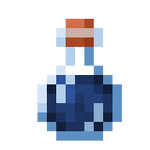 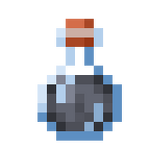 Witches drop Potions of Healing, Fire Resistance, Swiftness and Water Breathing, but only when they die while drinking that potion.

Potions have a different effect according to their damage value, with the exception of reverted potions being identical to their base potions.

Potions can be used by pressing and holding use, similarly to eating food. Upon using, they will apply the corresponding status effect to the player.

Potions have four tiers, those being base, extended, level II, and reverted. On most potions, extended is obtained by adding a piece of redstone to the potion in the brewing stand, while level II requires a glowstone dust. If an extended potion receives a glowstone dust, or a level II potion receives a piece of redstone, it will change to the other effect if available, or become a reverted potion.

Most potions can also be "corrupted" using a fermented spider eyes, which usually inverts the effect (for example: Swiftness to Slowness). Corrupted potions have the same four tiers as normal potions, and tiers are usually kept after corruption.

Base potions are potions that are created first to brew into other potions. Base potions have no effect when you drink them.

This class of potions exist in the game code and are functional, but cannot be brewed. They are extended and empowered versions of existing potions, but the brewing process normally only allows for one of the two to take precedence. Thus, these potions result from custom data values that place both effects on the potion. The data values for these potions are essentially the values of the original potions added by 96 (e.g. the data value for Potion of Strength (8201) + 96 = 8297 (the data value of Potion of Strength II (extended))) See the table below for the complete set of what is included.

There are 30 unused potions that were left behind in Beta 1.9-pre2. All unused potions have no effect and appear to be re-textures of other potions. Below is a list of their names and values.

These potions can only be obtained by using the command /give <player> minecraft:potion 1 <data-value> {CustomPotionEffects:[]}. Adding a multiple of 64 to the value will result in the same potion. As with other potions, adding the value with 16384 will result in a splash version of given potion.

Values with a * do not require {CustomPotionEffects:[]} at the end of the command.

Potions can be obtained with any status effect using /give and the tag CustomPotionEffects, which is an array of effects for the potion. See Item format#Potion Effects for more information, and status effect for a list of effects and IDs.

Potions have a data value of 373, and an ID name of minecraft:potion. They use their item data to determine which potion effect is applied.