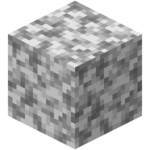 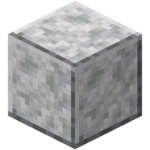 Diorite can generate in the Overworld in the form of mineral veins. Diorite attempts to generate 10 times per chunk in veins of size 1-33, from altitudes 0 to 79, in all biomes.

Diorite can be mined using any pickaxe. If mined without a pickaxe, it drops nothing.

Diorite is currently used only for decoration. It has the same blast resistance as stone, meaning it can be used as a substitute for stone when building.