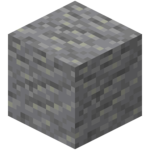 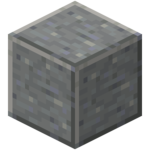 Andesite can generate in the Overworld in the form of mineral veins. Andesite attempts to generate 10 times per chunk in veins of size 33, from altitudes 0 to 80, in all biomes.