This article may need cleanup to comply with the style guide. [discuss]
Please help the Minecraft Wiki clean up this page if you can.
The talk page may contain suggestions.
v0.9.0 alpha 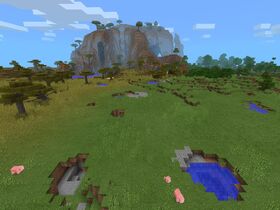 For a guide about all content in this release and the other releases of 0.9, see Bedrock Edition guides/0.9 releases.

v0.9.0 alpha is a major update to Minecraft: Pocket Edition that was released on July 10, 2014. It added new blocks, mobs, generated structures, infinite worlds as well as other features, changes, and fixes.

From released versions before 0.9.0