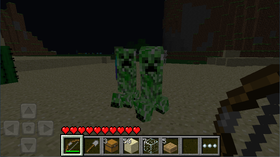 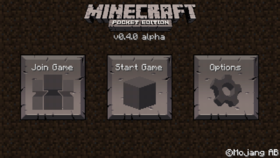 v0.4.0 alpha was a major update to Minecraft: Pocket Edition that was released on September 13, 2012. It added notable features such as chests, beds, TNT, creepers, new food, and farming items. This update was also the first public release for Fire OS, as well as other changes and fixes.[1]