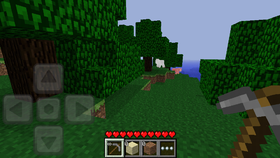 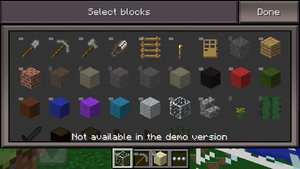 A demo version of v0.2.1 alpha2 was released on Google Play on August 15, 2011. Similarly, a Lite version was released on the Apple Store on an unknown released date. This was the final version of the Pocket Edition demo. Some of the limited features of the demo was that your worlds would not be saved, and out of the total 36 different blocks only 18 were available.