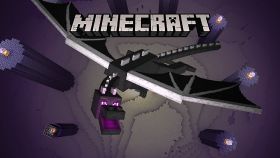 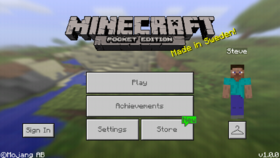 1.0.0, the first release of the Ender Update, is a major update to Minecraft: Pocket Edition[2] that was released on December 19, 2016.[1][3] Major additions included the End, new achievements, in-game music, increased world height, and new mobs including the Ender dragon, shulkers, and polar bears.

With the release of the Ender Update, Pocket Edition was becoming more equivalent towards that of Java Edition, although several features were still missing. As such, with the addition of the End, the game had been developed to the point of a "completed gameplay loop",[4] and the Alpha tag was dropped entirely, marking the "official release" of Pocket Edition after five years of being in the Alpha development stage.

The Apple TV Edition and the Fire TV Edition of the game were released with this version.[5][6]