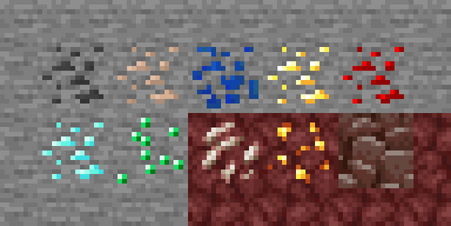 Ores can be smelted faster using a blast furnace.

Iron and Gold ingots can be converted into nuggets and vice-versa.

Lapis Lazuli can be crafted into a dye, or even used as one in Bedrock Edition.