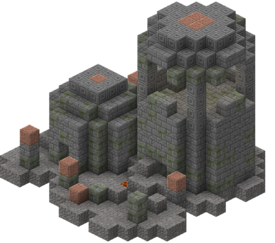 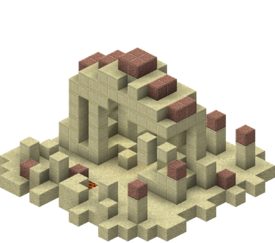 Ocean ruins or underwater ruins are oceanic structures primarily composed of stone bricks or sandstone. They come in many different sizes varying from large villages to single ruined huts. They are rare, and have cold and warm variants.

Although most ocean ruins generate underwater, they sometimes generate on land.

All but two of the structures contain a loot chest with loot inside. The chest contains loot for specifically either a small or large sized ocean ruin structure and may be buried by some sort of material such as gravel and sand.

Many of the structures spawn with drowned (usually 1-2, though a few structures have 3 or 4).

The shape and size of ocean ruins varies greatly, and they often generate together in groups to create ruined villages.

Ruins naturally generate with a reduced "structure integrity" value; i.e. some blocks are randomly removed. This may also reduce the number of drowned spawned in the structure. 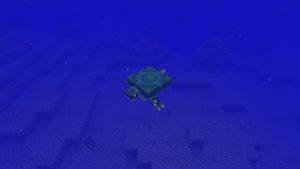 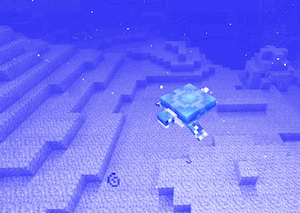 Issues relating to "Ocean Ruins" are maintained on the bug tracker. Report issues there. 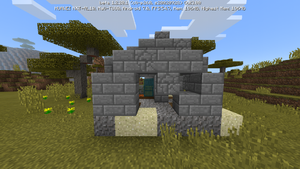 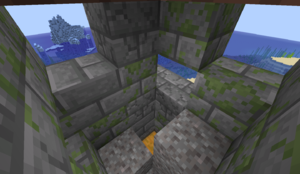 An ocean ruin in Java Edition that also generated completely on land. Note that the loot chest is not waterlogged and doesn't have a water block on it.