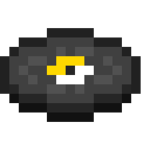 Tracks by C418 (except for "11") have been shortened to 30 seconds on this wiki, due to an agreement with the composer. "Pigstep" (Composed by Lena Raine) is exempt from this as well.

The 13 music tracks created for records by C418/Lena Raine can be found in:

All music disc files are in .ogg format.