From Minecraft Wiki
(Redirected from Mushrooms)
Jump to: navigation, search

This article is about mushrooms in the Overworld. For Nether fungi, see Fungi. For the solid mushroom, see Mushroom Block. For the structure, see Huge mushroom. For other uses, see Mushroom (disambiguation).
Mushroom 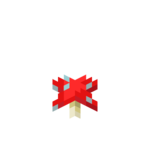 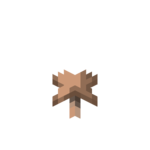 Mushrooms can be instantly mined with anything. Mining a huge mushroom block drops up to 2 mushrooms of the same color.

Mushrooms can also generate in extremely bright conditions, namely on top of glowstone; this has been strongly considered by non-Mojang sources to be an intentionally programmed feature.[1]

Mushrooms can generate on the leaves of trees.

Mushrooms can be planted and grown on blocks in light levels below 13 and not directly underneath the sky. If planted on mycelium or podzol, they can stay planted in any light level. Both brown and red mushrooms grow at the same rate regardless of the light level.[2][3]

When bone meal is applied to a mushroom, the mushroom has a chance to grow into a huge mushroom of the same color, provided that it is on a proper block (grass, dirt or coarse dirt at a light level of 12 or below or on podzol or mycelium at any light level) and has enough space (7x7x9).