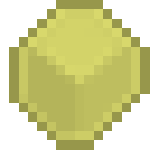 Golden parachutes are used while you are in the air, and allow you float down to a certain area. If you fall from the Aether, the parachute is used to prevent you from falling to your death, and the parachute receives some damage. You can use a golden parachute for 20 occasions, before it's completely used up.