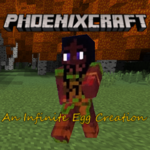 Age of the Phoenix follows Nalya Bloodroot, a young woman from the Plains of Aemphalis, who is thrust into an ancient war between the enlightened Mages of the Isle Mirage and the ambitious Clerics of Danuk.  In a journey to uncover her past, she embarks on quest to find and return the Phoenix egg--the Clerics' source of magical power--to prevent the creature from unleashing its fiery wrath upon the land of Aemphalis.

The continent of Aemphalis is a storied land rich in culture and rife with conflict. Players can choose to originate from one of seven distinct homelands, or they may cast aside the bounds of traditional civilization and start their journey alone. Minecraft World Dimensions: 640 x 640 cubes 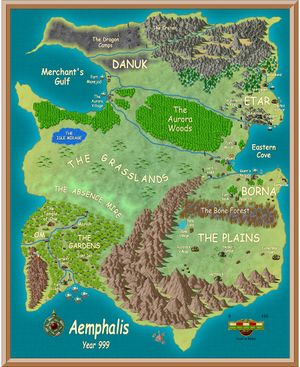 There is a wide variety of people in the lands of Aemphalis. Players will choose to originate from one of the seven homelands even if they decide to begin their journey unaffiliated with any particular one.

Jobs are activities that the Player must learn to perform from a manual or NPC. The skills acquired while performing a trade will continue to develop over time. Jobs are only one of many ways that players can earn money.

Hobbies are activities that the Player already knows how to perform and do not need to be learned. Players do not earn money from hobbies.