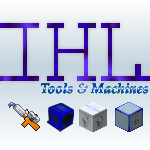 IHL Tools & Machines is an add-on to Industrial Craft 2, that adds several useful tools and machines.

You can edit <minecraft folder>/config/ihl-recipe.cfg to customize all IHL machine recipes.

Explosive mining is a thing now.

Iron workbench is a main crafting device for all realistic parts of IHL.

Mirror is a device, which is necessary to check how awesome you are looks.

The distillation column is a setup, which is used for separating fluids on a fraction. For example - separate raw oil in diesel fuel and fueloil (mazute).

IHL use a lot of complex relatively realistic chemistry. 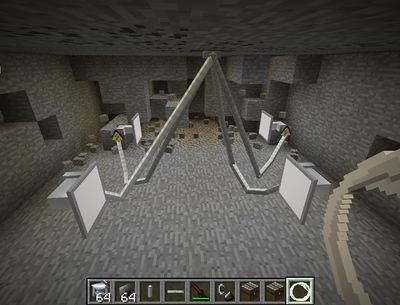 You created those with special iron worktable and set of dices, put insulation on them, create 2 junction boxes at normal worktable, place junction boxes at source and sink of electricity, connect them with cable. Cable losses are counted by algorithm with Joule-Lenz formula, meaning that IC2 e-net emitting pulses of energy within 1/20 seconds. Voltage is constant, independed from IC2 transformers and equals to 400 V. Max energy loss per meter is 1.6 EU/t. If energy loss exceed this value, cable will burn. Currently GT energy net are not supported.

How to automate flexible cables production.[edit] 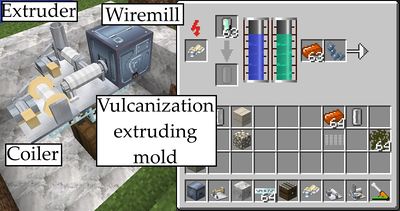 Assembly production line as shown on picture. There is no discharge slot in latest machines, but there is electric motor slot instead, which is must be filled with IHL electric motor for machines to work. Most of machines are created via casting. Use muffle furnace for injection mold, if it was crafted with stearin, before placing it. Melt metals in crucible, using muffle furnace to obtain molten metal. Right click with filled crucible on placed injection mold, wait for 2–3 seconds and destroy mold. Tar pitch can be obtained from bucket with spruce resin, which is gained by placing sap gathering sack on spruce tree. To get glass fibers use fiberglass spinnerets, oleic acid or seed oil and glass blocks and place coiler near machine as showed on picture, but without vulcanization mold. Mutton lard can be gained from sheep, if you kill them with sharpened carving knife. Everything else is shown in NEI.

How to organize HVDC line.[edit]

At first you need frequency generator. This device will generate alternating voltage, which are necessary for a second device - rectifier/transformer (RTU). Both of them have no GUI. By right-clicking RTU you can raise output voltage, and by pressing "IC2 mode" button (which are "M" by default on keyboard) and right-clicking with this key pressed you can lower one. At an other side of map you must place as much battery-switch units (BSU) as necessary to lower voltage to standart 400V. A number of BSU must be so n=V/500. For example, for 8000 V you need 8000/500=16 BSU connected to each other side by side. A row of BSU must be ended with grounding for system to work. 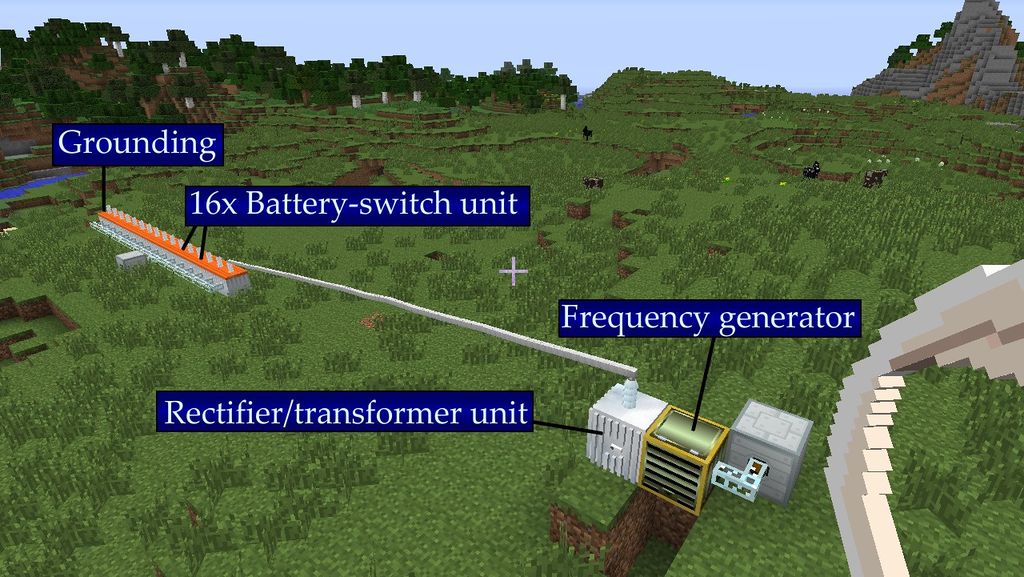 How to synthesise sulfuric acid.[edit] 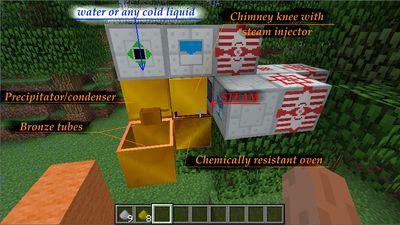 IHL itself use a more or less scientifically accurate way of chemical synthesis. Thus, to synthesise sulfuric acid you need to reproduce a vintage so-called "chamber method" by assembling setup according picture above. You need to burn down sulfur with saltpeter in chemically resistant oven (made from porcelain) and at the same time let steam in chimney knee with integrated steam injector (100 mb/tick will be enough) and in a same time cool down precipitator with any cold liquid (a cheapest one, of course, is water and 10 mb per tick is enough). Using liquid nitrogen, for example, does not give you any benefits. If you did everything right you will get a lot of sulfuric acid very fast.

Place a sack correctly on rubber tree trunk or spruce, as showed on a picture below: 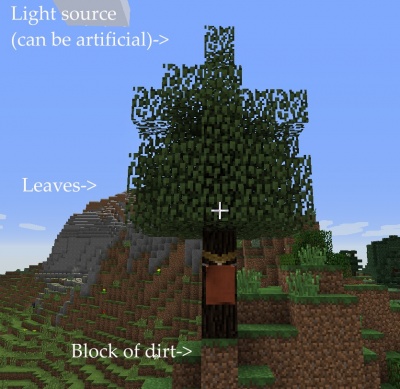 Soon you see a rubber tree sap drops falling into sack. You can drain sack with ic2 fluid cell or universal fluid cell, or use gregtech or buildcraft pipes or just place evaporator right under it - sack will autoutput at tileentity below it. Use evaporator to convert rubber tree sap to sticky resin item. Conversion rate 100 mB per one sticky resin item. Evaporator crafting recipe:

There is an electric version, that work faster and support upgrades (including ejector upgrade), what give a possibility to automate process. Electric evaporator crafting recipe:

Handpump and advanced handpump: A tool, that can destroy any fluid sources (from version 0.537) at distance, when it is applied to flow blocks. Fluids consumed by tool is placed in cells (universal and normal ones) in player inventory. Advanced handpump can fill multi cells at once.

Transdimensional item teleporter: A machine, that can teleport items at any distance, even between dimensions (from nether to overworld, from overworld to end dimension and back in any directions). Energy consume is distance independent, configurable and depends only from quantity of teleporting items. Default value to teleport one full stack is 12 000 eu. That means, if max stack size of some ore is 16, you need 6 000 eu to teleport 8 of it. TDIT update its state every 60 ticks, or 3 seconds if tps is equal to 20. You can add ejector upgrade to receiver to auto output teleported items in any machine. To link two teleporters you may use a special tool "TDIT frequency transmitter". It works a same way as IC2 frequency transmitter - simple right click at one teleporter, and then to another one to link them. Crafting:

All of them generated randomly with exception to 2 liquids: Oil fill underground caverns, replacing lava source blocks, if they are lower than 16 blocks. Saltwater replace sand as 1 block thick layer in biomes with humidity=0 and temperature>1.9 (basically in surface of desert biomes). 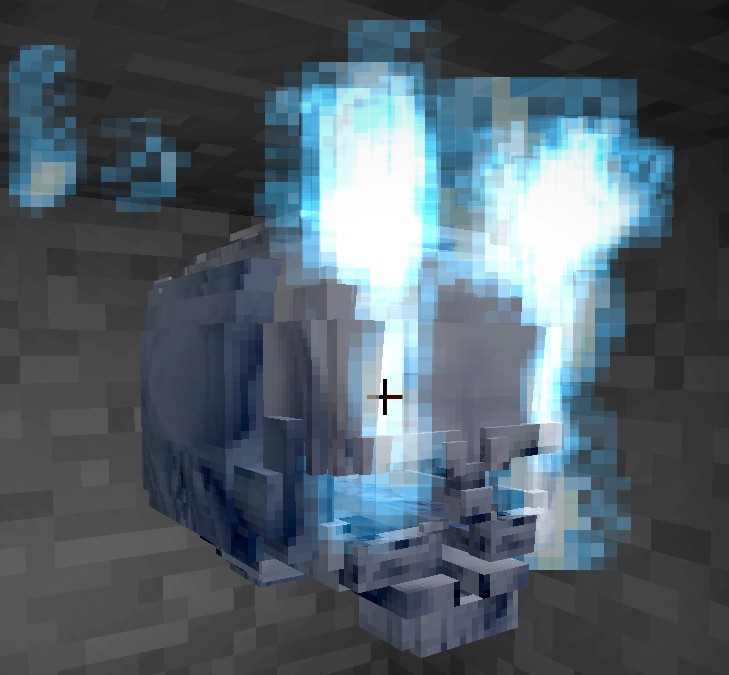