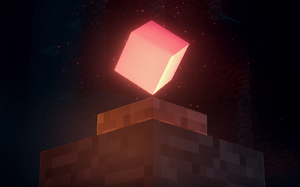 Another went to a lively island, where it corrupted a local wraith, covering the island in a Creeping Winter.

Another one also landed on top of a mountain, corrupting a Squall Golem and later transformed into the Tempest Golem, causing the events of Howling Peaks.