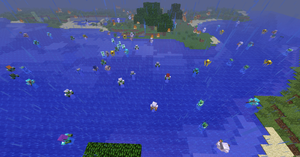 On April 1, 2013, Mojang released a hoax announcement for Minecraft 2.0, a new game they had supposedly been working on for two years, describing how it would "bring blocky simulation games to the next level." The post also contained a changelog comprised mostly of nonsensical changes, such as a new slab of TNT called Etho slab, the addition of coal blocks (which then did not exist) and redstone blocks.

Although lacking most of the promised additions, Minecraft 2.0 was produced and distributed to select celebrity individuals[1] to showcase to the public as part of the joke.

Despite being a joke, some features added in this version were implemented in subsequent updates. 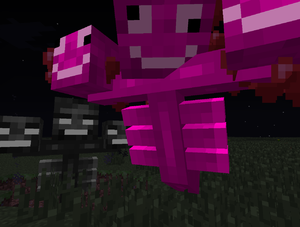 The friendly wither compared to the regular wither.

The update was intended to be given to the following YouTubers as trailer videos:[1]

2.0 is not supported due to being an April Fools' joke, and therefore issues affecting it will be closed as "Invalid" in the issue tracker. 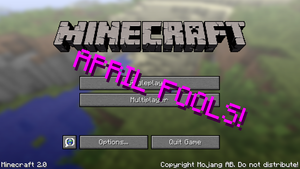