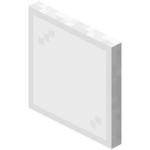 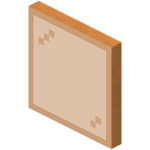 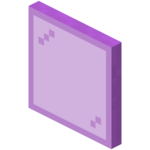 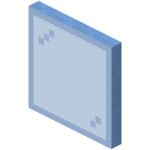 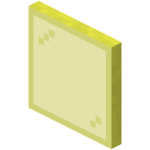 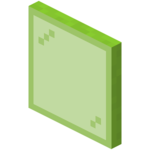 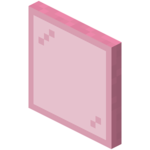 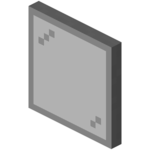 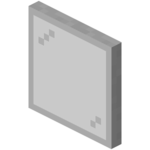 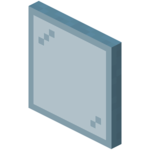 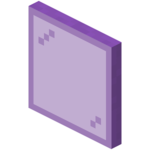 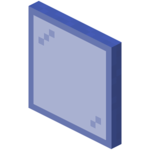 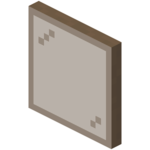 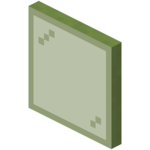 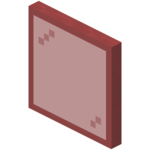 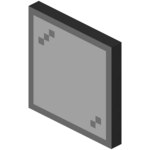 A glass pane is a transparent block that can be used as a more efficient alternative to glass blocks.

If placed without anything on the sides, they appear as a thin vertical • shape, 2×2 pixels in size; but when something is placed on the sides, it becomes flat or turns into a

shape depending on the items surrounding it. The collision box is identical to the shape of the pane, allowing both items and players to fit through 2×2 glass pane holes.

Glass panes can be crafted using 6 glass blocks in the workbench. Alternatively, use a tool enchanted with Silk Touch. If one is broken without a silk-touch enchantment, it drops nothing.

Glass panes are much more efficient to use than glass; as six glass can be crafted into sixteen glass panes, windows built using glass panes can be up to 267% (16⁄6 × 100) larger in area than windows built with regular glass blocks.

Glass panes can be used in cartography tables to lock maps, which makes them unable to be filled again when exploring.

Apprentice-level cartographer villagers buy 11 glass panes for an emerald as part of their trades.

Issues relating to "Glass Pane" are maintained on the bug tracker. Report issues there.