From Minecraft Wiki
(Redirected from MATTIS)
Jump to: navigation, search 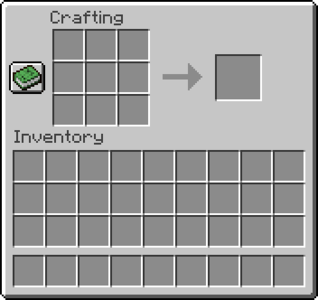 The crafting table interface. Note the form how are displayed the spaces.

Players in Survival or Adventure always have access to the 2×2 crafting grid from their inventory screen. Crafting recipes that are at most 2×2 can be made there. These include wood planks, sticks, crafting tables, torches and some shapeless recipes. To craft items using a 3×3 grid, create a crafting table, place it in the world, and press use while facing it. This brings up an interface with a 3×3 crafting grid, which the player can use to craft any crafting recipe in the game.