From Minecraft Wiki
(Redirected from Large Fern)
Jump to: navigation, search
This article is about the non-solid plant. For the solid block, see Grass Block. For other uses, see Grass (disambiguation).
Grass 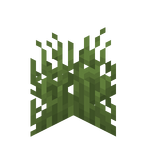 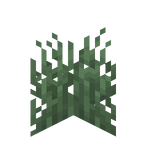 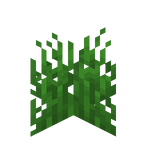 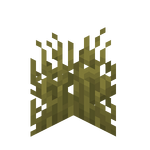 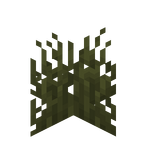 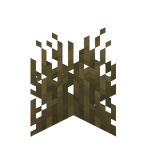 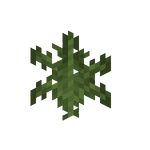 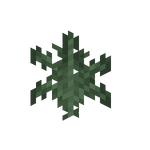 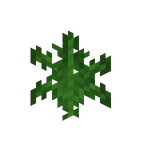 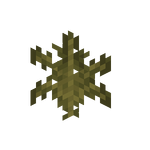 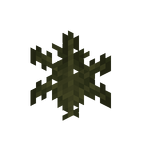 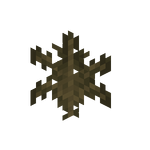 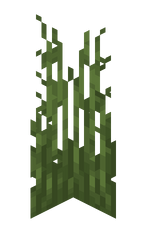 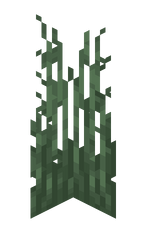 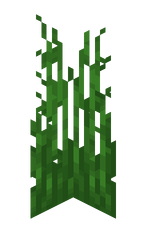 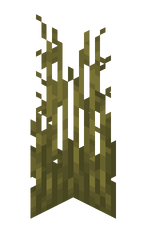 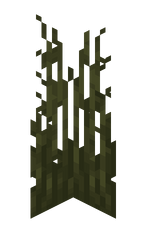 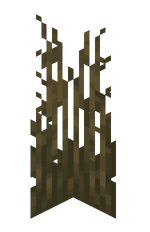 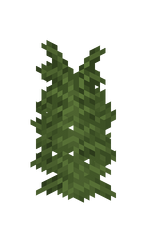 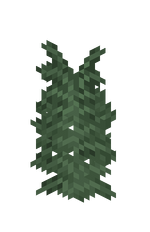 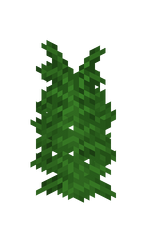 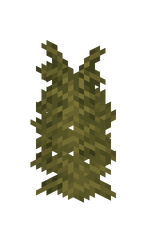 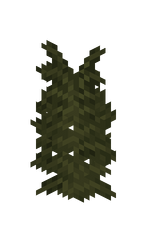 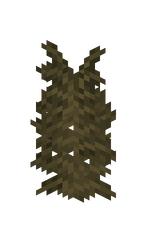 Grass is a non-solid plant block that has wheat seeds as a drop. Its color is biome-dependent, and matches the color of grass blocks.

Tall grass[a] is a two-block high variety of grass.

Ferns are variants of grass found only in certain biomes and have the same characteristics as grass.

Large ferns are a two-block high variety of ferns.

When broken normally, all variants drop 0 or 1 wheat seeds. They can be obtained as an item using shears.

The double tall grass and large ferns drop two of the respective single blocks when broken using shears. By planting a single fern, growing it with bone meal and then using shears on the resulting tall fern, a single fern yields two ferns.

Grass generates on grass blocks in most biomes with a grassy soil, like plains or forests. Tall grass generates in plains and savannas.

Wandering traders can sell ferns for one emerald.

Bone meal can be used on a grass block to grow grass, ferns‌[Bedrock Edition only] and occasionally flowers on it and in its vicinity. It can also be used on grass or a fern to create a tall grass or large fern, respectively.

Double tall plants have a disproportionately large hitbox compared to other plants, which is a feature intentionally programmed into the game.[1][2] The only exception to this rule is tall seagrass.

Ferns can be placed in flower pots.

Placing grass into a composter has a 30% chance of raising the compost level by 1.

Placing tall grass into a composter has a 50% chance of raising the compost level by 1.

Placing a fern into a composter has a 65% chance of raising the compost level by 1.

This section is missing information about Bedrock Edition colors.
Please expand the section to include this information. Further details may exist on the talk page.

This section would benefit from the addition of isometric renders.
Please remove this notice once you've added suitable isometric renders to the article.
The specific instructions are: Potted fern renders

This section is missing information about grass was brighter in the inventory in 1.5 and before - changed when?.
Please expand the section to include this information. Further details may exist on the talk page.

Issues relating to "Grass", "Fern", "Double Tallgrass", or "Large Fern" are maintained on the bug tracker. Report issues there.