This version is currently missing.
While this version is known to exist it is missing from the launcher and has not been archived elsewhere, meaning that it is currently lost.
If you believe you have a copy of this version, please post on the talk page.
Additional info: Please note that the copy found in the official launcher and other launchers that use the Mojang version servers (e.g. MultiMC) is a duplicate of rd-161348.

It is worth noting that numerous fake copies of this version exist, so please consider checking the dates of the files inside.

This page documents an unreleased version.
While there is proof of this version's existence, it was never released to the public.
rd-20090515 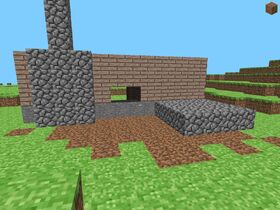