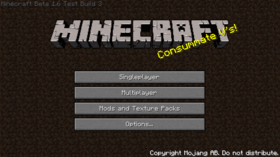 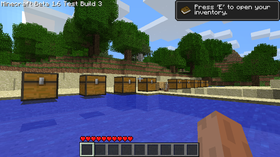 Beta 1.6 Test Build 3 was a version used to test Beta 1.6 the day before its release. It was never officially released to the public. However, both the client and the server are packed in a ZIP archive that can be found on the legacy update server to this day.[2]