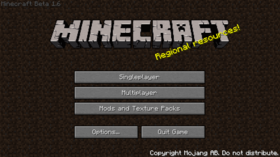 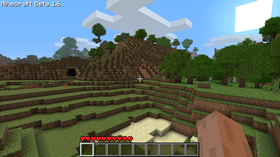 Beta 1.6 added maps, trapdoors, the Nether in multiplayer as well as other changes and many bug fixes.

An official video documenting some of the Beta 1.6's major features was released on Mojang's official YouTube channel on May 24, 2011. The video was made by Hat Films.