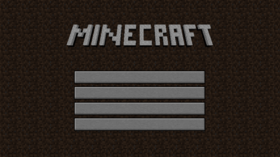 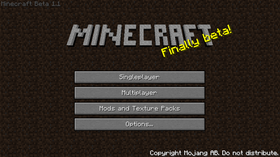 Beta 1.1[note 1] is a version of Java Edition Beta released on December 22, 2010, which added support for special events on specific dates during the holiday period as well as other changes and fixes.

The original Beta 1.1 minecraft.jar did not include the font.txt file, making all text invisible in-game. Notch attempted to fix this and released a hotfix 10 minutes later. However, this fix did not work because font.txt was still missing. Notch released a third update a few minutes after that, Beta 1.1_01, which fixed this issue.