For a guide about all content in this release of the Nether Update, see Java Edition guides/Nether Update.

1.16, the first release of the Nether Update, is an upcoming major update to Java Edition announced at MINECON Live 2019[1] and set to release in Summer 2020.[2] This update overhauls the Nether by adding four new biomes, four new mobs (the piglin, hoglin, zoglin, and strider), and a multitude of new blocks, including many variants of blackstone as well as the respawn anchor used to set the player's spawnpoint in the Nether. It also adds a new netherite tier of weaponry, obtained through ancient debris found rarely throughout the Nether. 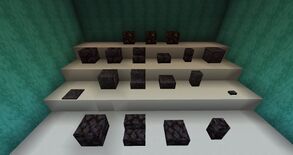 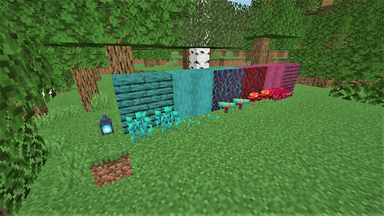 The 2 variations of the new nether-themed colored blocks, crimson (right) and warped (left), along with a soul lantern. 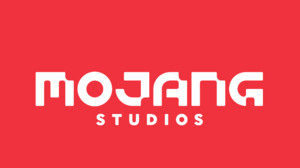 343 issues fixed
From released versions before 1.16

These features were mentioned during the development of Java Edition 1.16 or earlier, or during MINECON Live 2019, but have not been confirmed to be added in this update.

Screenshots of the Nether Update from MINECON Live 2019: