From Minecraft Wiki
Jump to: navigation, search
Not to be confused with Java Edition 1.10.
For a guide about all content in this release, see Java Edition guides/1.1.
Minecraft 1.1 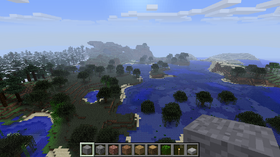 1.1 is a major update to Minecraft (Java Edition) released on January 12, 2012,[1] which adds spawn eggs, support for multiple languages, the Superflat world type, and beaches.

An official video documenting some of the 1.1's major features was released on Mojang's official YouTube channel on January 12, 2012. The video was made by Hat Films, who have made update trailers and videos for Mojang in the past.