Java Edition's code is more easily modified than the other editions, and so it has by far the most robust scenes for mods and custom servers. For example, the addition of the obfuscation map[6], which is intended to make modding easier. Realms for Java Edition is a separate service from Realms Plus for Bedrock Edition.

Owners of Java Edition who bought the game before October 19, 2018 can redeem a free copy of Bedrock Edition for Windows 10, provided that the code was redeemed prior to April 20, 2020.[7][8] 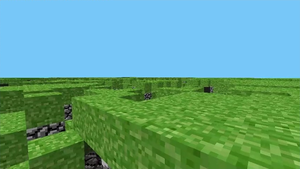 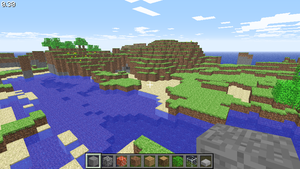 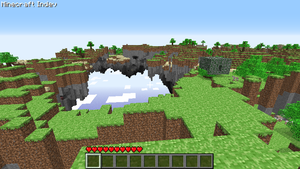 Originally planned to be started in Beta 1.7, the first part of the Adventure Update was released as Beta 1.8 on September 14, 2011. Starting on September 9, 2011, developmental versions were "leaked" by Mojang Studios.[22] Beta 1.9 was never released, but 6 pre-releases using the 1.9 version number were made available for users to test and report bugs back to Mojang Studios. On October 18, a feature freeze went into effect and Mojang Studios shifted all Minecraft development focus to fixing bugs and preparing the game for release.[23] On November 13, a release candidate of 1.0 was released, along with an official update to 1.8.1 that added sounds from the developmental version.[24] 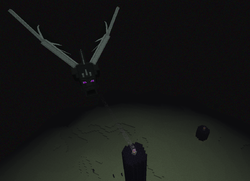 The full release of Minecraft, 1.0.0, was released during MINECON 2011 on November 18, 2011, by Notch at the keynote address ceremony at 9:54 pm UTC. Jeb confirmed the version number in a tweet while also stating that the game would be officially out of Beta.[25] The release includes many features from the Adventure Update that were not included in Beta 1.8. The most prominent feature is an ending to the game, which can be achieved by defeating the Ender Dragon boss in The End.

On October 6, 2018, Mojang Studios open-sourced parts of the code for Java Edition, mainly the Brigadier command engine and the Data Fixer Upper. A complete rewrite of the game's rendering engine called Blaze3D is being considered for open-sourcing.[26]

Java Edition cannot be run on non-PC devices that use Java, such as a toaster, car or Android device.

Minecraft: Java Edition was first made available for sale during June 2009 and has since sold over 30 million copies. Minecraft has received high acclaim from critics and has since become one of the most influential and successful indie games ever released. The game's popularity has influenced the creation of a new genre of Minecraft clones.[27] The game has been praised for the creative freedom it grants its players in-game, and for how dynamic the overall gameplay is. Since its creation, Minecraft has become the best-selling video game in history, selling a combined total from all versions of 180,000,000 copies. PC Gamer listed Minecraft as the fourth-best game to play at work.[28] 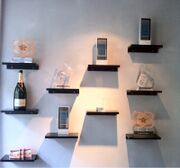