This article may need cleanup to comply with the style guide. [discuss]
Please help the Minecraft Wiki clean up this page if you can.
The talk page may contain suggestions.
Invisibility 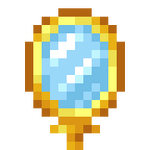 Invisibility is a status effect that turns entities invisible. It has one potency level (active), but its duration can be extended.

The visible parts of a decorated llama, an enderman, a saddled pig, a shulker, a charged creeper, and a spider.

Invisibility causes the affected mob to disappear from view although it is still present.

Boss mobs are immune to invisibility.

Certain features of entities are not affected by invisibility:

This section is about the effect IDs. For the IDs on potions, see Potion § Item data. For for the IDs on tipped arrows, see Arrow § Metadata.