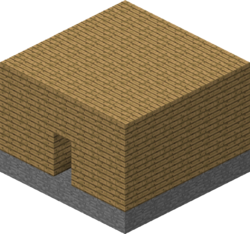 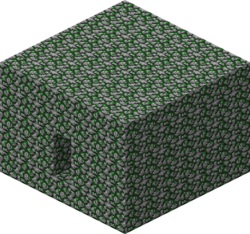 The Indev House was a structure which acted as the starting place when first spawned in a Java Edition Indev world.

When a player creates a new world, they will spawn inside the Indev House located in the center of the world.

It is a 7 block wide × 7 block long × 4 block tall structure, with a 1×2 hole for players to exit and two torches on the interior. When Indev Houses were added, they were made of moss stone (which was unavailable naturally on the map anywhere else) and 4 chests, one filled with TNT, one with a full stack (99 at the time) of every type of block, another with every type of item and one filled with every color of wool. As Indev progressed from testing items and blocks to testing the actual survival aspect, these chests were removed. Later, the design of the house was changed. The floor was changed to stone and the walls and roof were changed to planks.

The chests inside had varying different pools of blocks, which varied between versions.