This article is about the 2010 Halloween Update. For the 2012 Halloween update, see Pretty Scary Update. 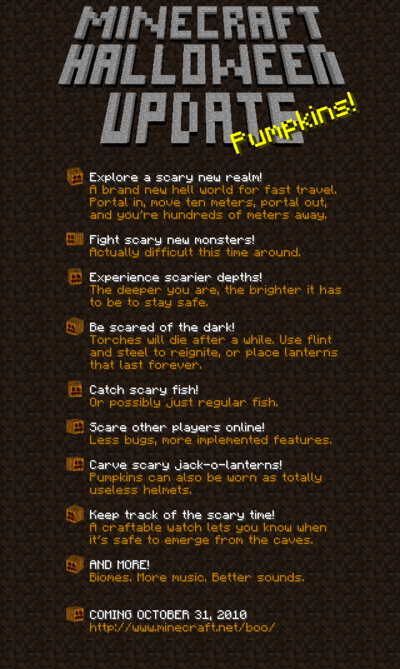 A complete list of what Notch hoped to finish for the update. 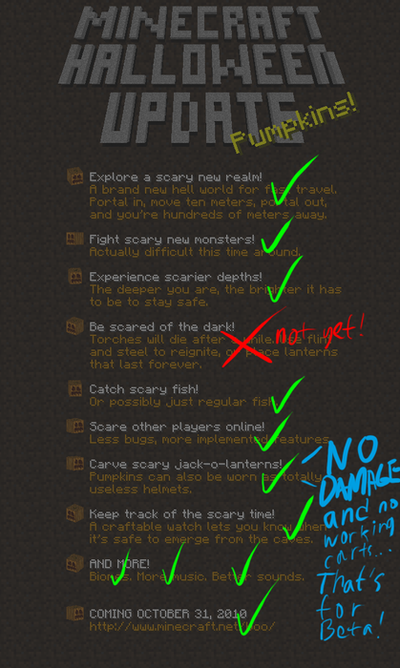 A complete list of what Notch finished for the update.

The Halloween Update was a major update for Java Edition Alpha released on October 30, 2010 as Alpha v1.2.0. The Nether was the most prominent feature of the update.

Torches were planned to become temporary light sources with the new permanent light source being lanterns, but the update didn't make it in time, and the idea has now been officially rejected (at least so far as adding lanterns). 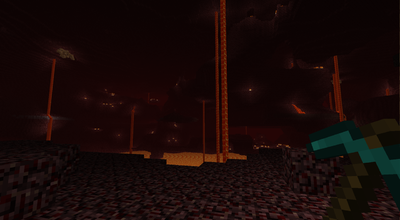 On October 19, it was announced that there were six new block types (of which five had unique abilities), one new monster, a new dimension, and a couple of bug fixes.[3]

On October 22, PC Gamer posted an article giving more details about the new update. The article states that Ghasts "are flying cuboid jellyfish that could shoot fireballs at you, blowing chunks out of the world around you and setting it on fire." It also states that the portals to go to and from the Hell dimension will be made from obsidian.

On October 25, 2010 Notch tweeted that he was working on a second, more harmless mob.[4] This was later revealed to be the zombie pigman.