In Bedrock Edition, a grass path block can be mined with Silk Touch tools and drops itself.[1]

In Java Edition, grass paths drop dirt, no matter what, and can only be obtained using commands or pick block.

Grass paths can be created by using any type of shovel on the side or top of coarse dirt, mycelium, podzol,‌[BE only]‌[upcoming: JE 1.17] or a grass block that has air above it. The shovel then loses one durability.

Grass paths are naturally generated in villages when pathways replace grass blocks. Their purpose is aesthetics and pathfinding for villagers. 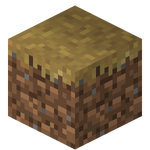 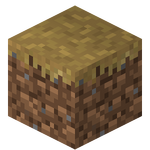 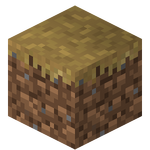 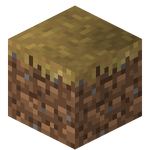 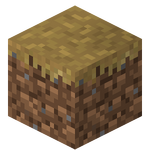 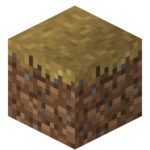 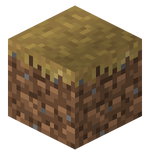 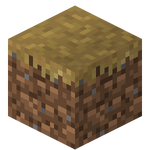 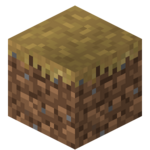 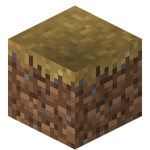 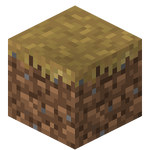 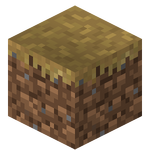 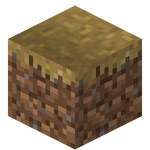 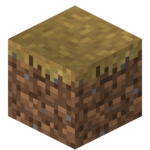 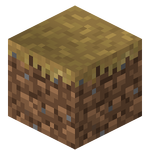 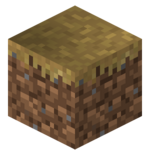 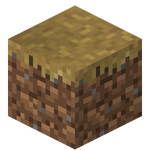 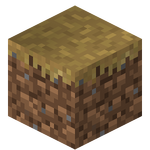 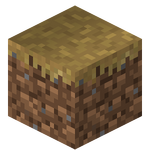 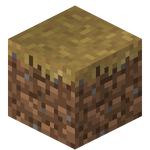 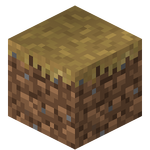 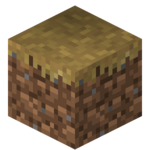 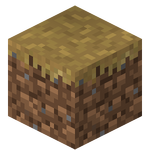 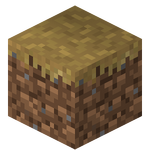 A grass path with different aomap.

Grass paths are primarily used for decoration, although they do prevent hostile mobs from spawning. They are a similar color to grass blocks placed in a desert or savanna biome. They are only 15⁄16 of a block high, therefore items that require a full block like torches and buttons cannot be placed on them. Villagers prefer to use grass paths the most when routing compared to any other block.

A grass path block converts to dirt if any block with a solid material is placed on top.

Issues relating to "Grass Path" or "Dirt Path" are maintained on the bug tracker. Report issues there.