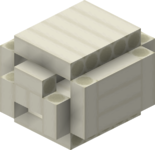 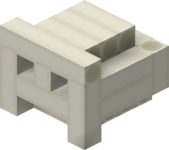 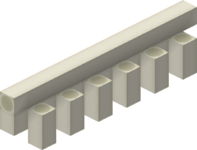 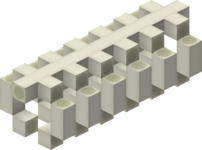 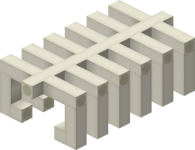 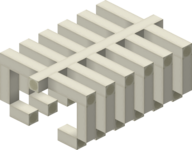 A fossil is a skeletal structure composed of bone blocks or coal ore.

Note that naturally generated fossils are composed of a mix of bone blocks, coal ore, and structure voids, as detailed above. They are made with the NBT structure block format and have NBT files for each type of fossil located in the folder minecraft.jar/data/minecraft/structures/fossil.

Issues relating to "Fossil" are maintained on the bug tracker. Report issues there.